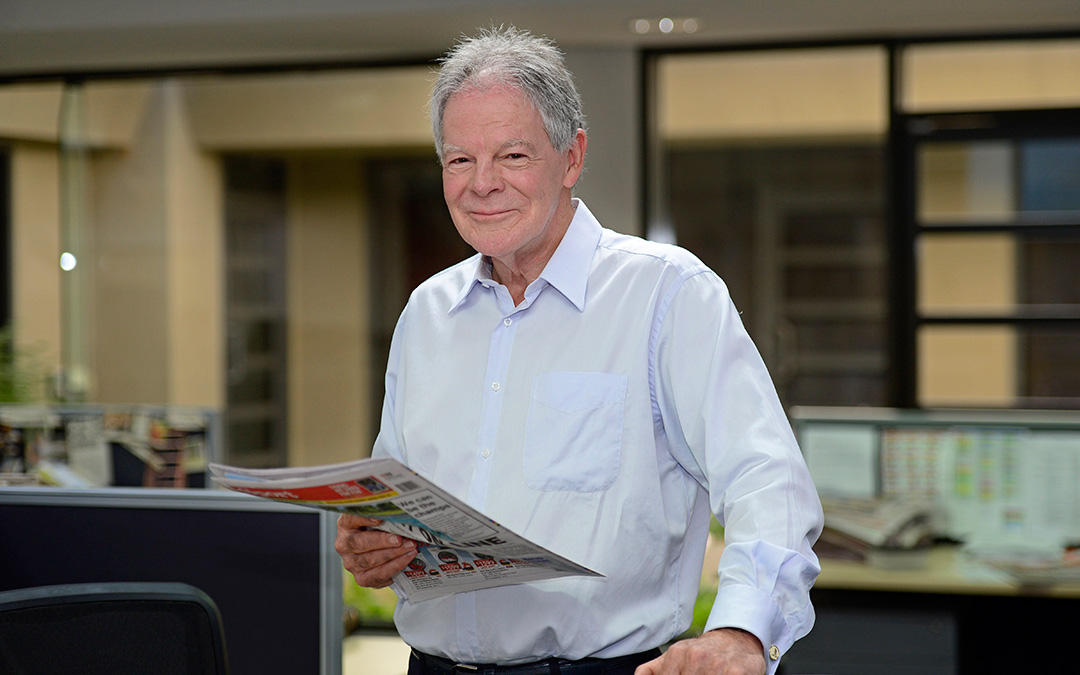 Emulating his late father Don, Ross McPherson awarded A.M. for giving back to the region

Committed to the development and prosperity of the Goulburn Valley region, McPherson Media Group executive chairman Ross McPherson attests his community successes to a phrase spoken by his late father, Don.

“My father always said the Goulburn Valley has been good to us, we have to put back in.”

Following in the footsteps of his father, Mr McPherson became involved in several committees after returning home to the region following 12 years away working in law and media across Australia and in London.

“He (Don) had the view it was our obligation to put back into the industry, so we just grew up with that around us.”

Mr McPherson has been awarded the Member of the Order of Australia (AM) for significant service to print and digital media, and to the community.

Mr McPherson said investment in the community became paramount in the 1990s, during a period of recession and severe drought.

The establishment of the Shepparton Kyabram Rodney Development Corporation (SKYROD) brought like-minded people together, and through this Mr McPherson said a conference was organised which brought world-renowned lateral thinking author Edward De Bono to Shepparton.

“We came up with a whole bunch of ideas to help farmers under pressure and businesses struggling and what the community can do,” Mr McPherson said.

From this, many projects began, including the Goulburn Murray Community Leadership and Fairley Leadership Program.

Mr McPherson was involved in organising various industry groups to deal with power supply and telecommunication issues, among other concerns at the time.

“We just worked away at different issues to sort of fix a lot of things for local industry over a five to 10-year period and because of that we ended up getting groups of people together who have hung on together for a long time.”

Mr McPherson said one of his proudest achievements was the development of the FoodBowl Irrigation Modernisation Project, now known as Goulburn-Murray Water’s Connections project.

Involved in the initial stages, the Connections project was developed in the Goulburn Valley before receiving Victorian Government support in 2007 to modernise the Goulburn-Murray region’s irrigation network, with water savings to be passed through to Melbourne by pipeline.

“That was biggest thing we’ve done as a group together, is getting that modernisation of the system,” Mr McPherson said.

“It was very difficult and controversial but I think it will pay off.

“The whole modernisation is only finishing now so that’s been a huge project.”

Mr McPherson, who has been involved in a number of philanthropic efforts in the region, believes community spirit is one of the region’s greatest assets.

“I think it’s (Shepparton) a pretty active and cohesive community,” he said.

“We’ve got a pretty generous community and a lot of the ethnic immigrant families have contributed mightily to that.

“They’ve injected a lot of energy into the area as well, commercially and also in community cohesion.

“It’s quite an interesting community to be involved in because of those strengths we’ve got.”

Passionate about the future of the media industry, Mr McPherson has played an active role in the International News Media Association since 1987 among other associations.

He said the increased development of digital media was something that excited him for the future.

“This transition to digital media is the most interesting thing for the business,” he said.

He believes the way people access news “is an evolving thing”.

“It’s just the ways of accessing that and getting that kind of sustenance for people has changed in the digital world, and we’ve got to react to that,” he said.

“That’s going to keep us busy for a long time and I don’t want to stop work, I want to keep going and see how that develops.”